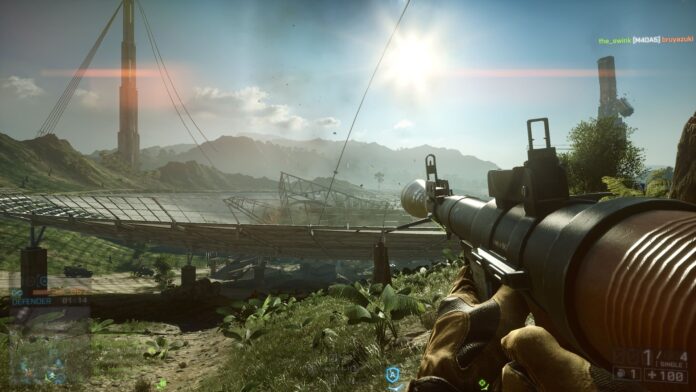 Electronic Arts has launched the launch of Battlefield 2042.

Powered by the Frostbite game engine, Battlefield 2042 features up to 128 player matches on the latest consoles and PCs. The game places players in a near-future, all-out war experience where resources are limited and the world powers of the United States and Russia are in conflict, while refugees from collapsed nations known as the Non-Patriated (“No-Pats”) struggle for survival.

>As a Specialist, players will have access to an arsenal of weapons, equipment and vehicles to use in battle across three multiplayer modes – All-Out Warfare, Battlefield Portal, and Hazard Zone.

Battlefield 2042 is available on Xbox One, PlayStation 4, and PC, and for $10 more on Xbox Series X|S and PlayStation 5. PS5 Has Apparently Been Jailbroken

Less is More. Balancing Narrative and Action in Frightence