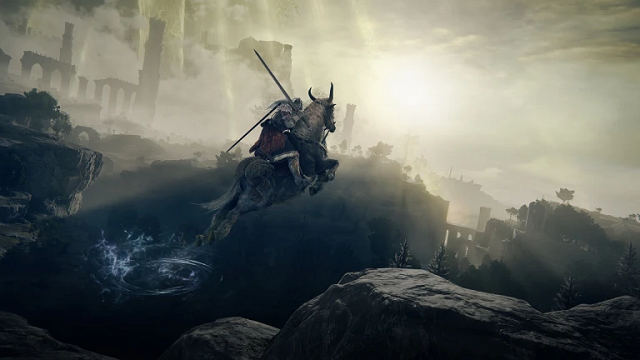 A trio of Ubisoft and PlayStation Studios’ builders are catching flack for publicly criticizing Elden Ring‘s efficiency, person expertise, and quest design. It began with a tweet by Ubisoft’s UX director Ahmed Salama, who has since locked his Twitter profile, complaining that Elden Ring’s metascore of 97 is “proof” that reviewers “don’t give a flaming poop” about recreation UX. Rebecca Fernandez O’Shea, a graphics programmer at Sony-owned Nixxes Software program chimed in and recommended that reviewers didn’t care about Elden Ring’s PC graphics, stability, and efficiency both. Horizon Forbidden West‘s senior quest designer Blake Rebouche, whose profile can be locked, joined his friends and criticized Elden Ring’s quest design.

The aforementioned tweets ended up upsetting Elden Ring followers, however various social media customers have defended the builders, arguing that they’re allowed to voice their opinions on a recreation like anybody else. Leaping to O’Shea’s protection, Digital Foundry’s John Linneman mentioned that FromSoftware’s tech is “flawed” and “almost each model” of Elden Ring has “severe efficiency points.”

No, I cowl tech for a residing and Elden Ring falls quick there. It’s my favourite open world recreation of all time however the engine has severe points. The frame-rate is unstable on each single platform. That deserves critique.

Zarmena writes… Way back, I invoked fairly a little bit of backlash for awarding The Last of Us (2013) an 8/10, deducting a degree for janky AI. I understand how this goes. Whereas I can’t communicate for Salama and Rebouche, O’Shea made a really legitimate level. Elden Ring’s efficiency points have been broadly reported since launch, prompting a response and even an apology from FromSoftware itself. To accuse her of being “salty” is extraordinarily foolish.

In different information, critically-acclaimed Paradise Killer is headed to PS5 and PS4, and Babylon’s Fall is formally the worst-rated console unique on PS5.

The VRChat documentary gets VR right, but already feels old

Cult of the Lamb doctrines guide